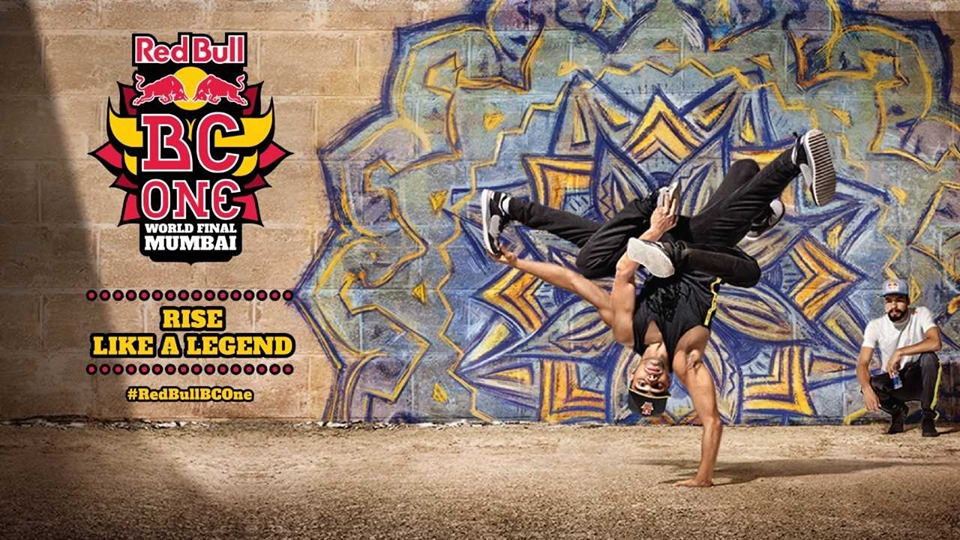 Info:
For its 16th edition, Red Bull BC One, a global celebration of Hip Hop, travels to the colorful country of culture and dance, India!
After previous editions across the biggest cities in the world, Mumbai will host the world’s most prestigious one-on-one battle for the first time ever. The city of Bollywood, culture and dance, Mumbai will see sixteen of the world’s best B-Boys & B-Girls go head-to-head to take the belt and earn the title of Red Bull BC One World Champion ????

The first ever Red Bull BC One World Final was held in 2004 at the legendary cultural centre La Coupole in Biel – it has since become the biggest and most respected B-Boy & B-Girl event in the world. It brings together the best breakers on the planet, giving them the opportunity to develop their talent and perform on a global stage. Since then, the championship has been touring the world with events in São Paulo, New York, Moscow, Paris, Nagoya and, last year, Zurich and much more.