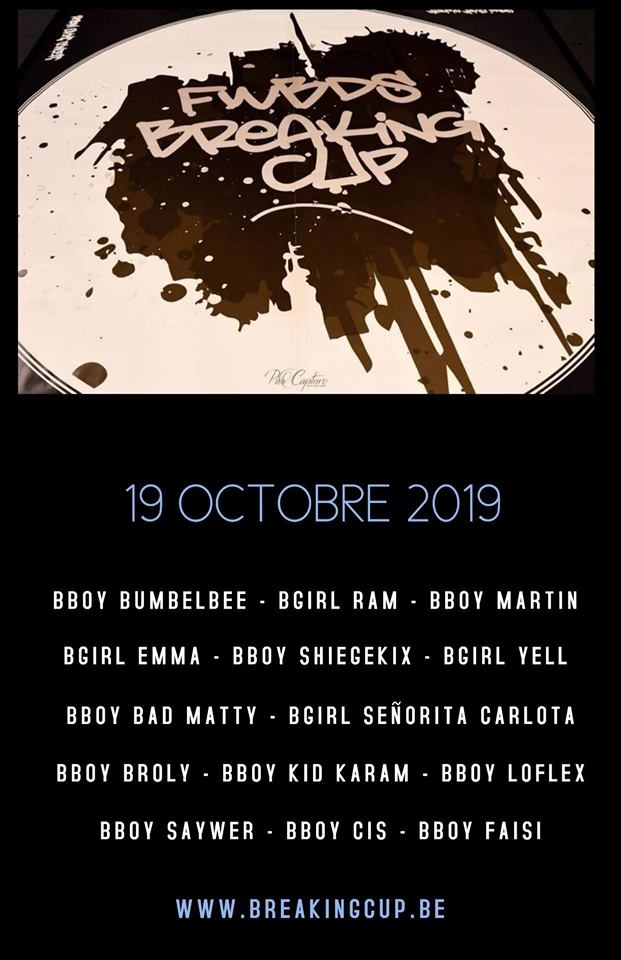 Info:
Next October 19th, the third edition of our Breaking Cup will be held at 1480 Tubize, Belgium.
This one will be particular since we decided to split it in 2 parts.

The first part will be mainly for young people.
While the second part we wanted to organize the rematch of the Youth Olympic Games by inviting the first 6 of the Young Men's Olympic Games, as well as the first 3 of the Olympic Games Women + a selection of the best Belgian breakers.

We think that there is nothing more formative for our young people to be able to attend such battles and thus to measure the way that there is to go to be part of the top of the under 20 years.