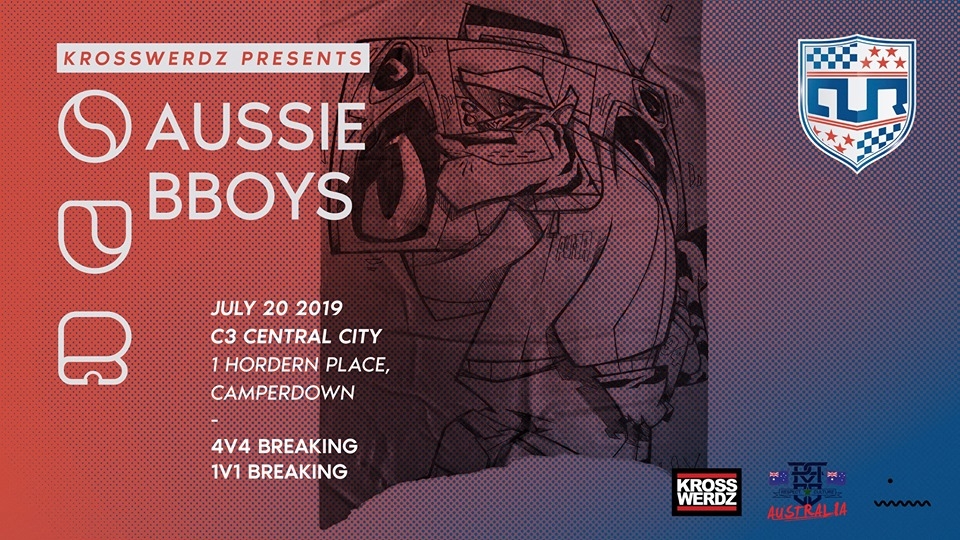 We are collaborating with B-boy Dyzee, the commissioner of OUR City Bboys and former ambassador of the Global R16 Breaking Tournament, to send an all-star Australian squad to battle in Taiwan against top-tier crews from around the world.

OUR City B-boys is a rival city Breaking league in Taiwan (and expanding internationally). They hold full-length production, judged battles lasting between 60 to 90 minutes between two city crews. We are giving a one-time-only opportunity to represent Australia overseas and the OUR Aussie Bboys Jam will determine who gets sent!


Prize:
The selected Aussie reps will have a guaranteed full-length battle against a Taiwan city crew in front of that city’s fans and supporters in September 2019. This battle also comes with a small battle fee paid to the Australian crew.

We are doubly fortunate to partner with Respect Culture who have graciously given the representing crew an invitation as crew battle guests to their international jam on September 14th (no prelim required to pass on the day).

As part of representing Australian Breaking, we are providing a $4,000 cash prize to go toward the crew’s flights to Taiwan. BOOM!!

Venue:
OUR Aussie Bboys will take place in Sydney.
The venue has been booked and will be announced soon!

Battle format:
OUR Aussie Bboys will reuse the same format from R16 2015 to determine who will be the Australian representatives in Taiwan.

The Australian squad sent to Taiwan will be made up of:
• The crew 4v4 winners
• The solo 1v1 winner
• 2 or 3 wildcards chosen from their performance in the cyphers and the battles


Judging format
OUR Aussie Bboys will be judged under the OUR System which will be the same system used in the showdown battle against Taiwan. The OUR System determines a winner based on who wins the majority of the 5 approaches used in Breaking. For more info, see here --> http://ourbboys.com/?page_id=2


FAQs
Q: Can I enter if I am not an Australian citizen?
A: International b-boys/b-girls can enter if they have been a resident in Australia for the last 6 months prior to the competition.
Please send a message if you are unsure.

Q: What is the cost of competing?
A: $20 per person for one category or $25 for both categories