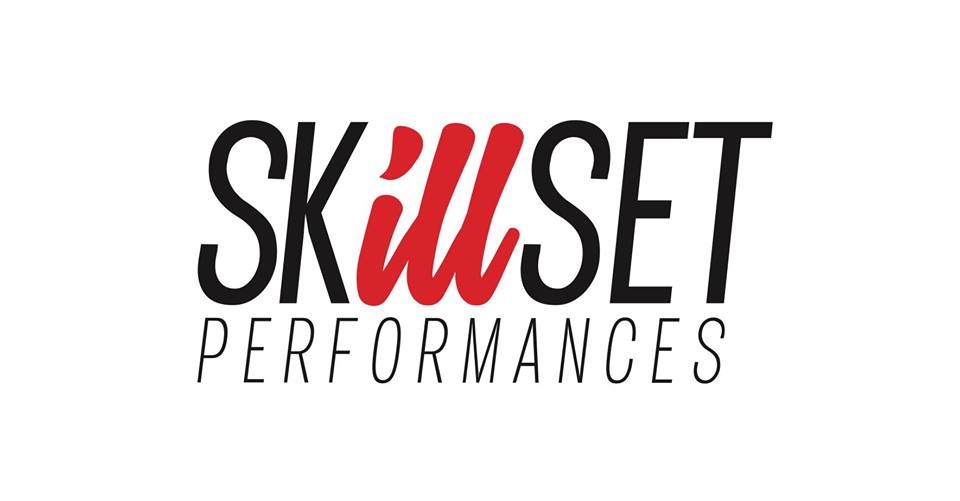 Info:
The Mission:
-------------
Skillset
is a HipHop cultural dance event that brings together all facettes and styles of its dance community. There are many different conceived forms of expression of the art. With SkillSet we provide a forum for premeditated performances as in „choreography“ ,as well as all aspects of improvisation in dance, as in „freestyle“ in one event. Dancers from all over the world are coming together for a crew performance contest to put their skills to the test.

Our goal
---------
to create a worldwide meshwork within the dance community and its infrastructure. Furthermore we want to create a meshwork of support for the art of HipHop dance without artistic limitations and with an forestanding of its cultural context.

Need
-----
Existing for more than three decades HipHop dance culture needs to build an infrastructure with its artists to be self-sustaining. Currently HipHop dance still has to clarify its position within the rest of the artistic world. The public opinion is diluted by a false reality and this creates an imbalance. With Skillset we give the possibility to clarify differences in approach, variation in styles, diversity of ideas and by performing and showing, a true first hand experience of the styles which in turn should lead to a better understanding. HipHop dance needs a stronghold against exploitation. Our strive goes towards independent choreography centres and theatres.

Cultural enrichment:
--------------------
Dancers get together out of the interest of being more potent as when they would dance individually. They form a crew which has a hierarchical structure that is usually based on meritocracy. Getting together in dance is based on “play” which is the root of all culture.
Preparing a performance of 2.5 minutes means that a crew needs to get organized. It is an endeavour of great commitment to cooperate with others and also prepares the path to professionalism. People in a crew need to share information and get structured to work together in Rehearsals. In a Forum like Skillset the skill of making a clear statement becomes as important as the skill of watching closely. Showing and explaining personal technique can inspire others and new ways can open up. That´s why Skillset is a festivity and we celebrate our common passion in a competitive but social manner.

The competition
----------------
Skillset is executed in 2 Parts:
The crew performance contest (max. 4 members) in which each team shows a 2.5 minutes performance. The winner will be decided by a jury of three internationally known judges, that will be distinguished of its interpretational skills, historical knowledge, and artistic views of dance. They decide for the 4 best crew performances.

Each piece should last no longer than (2.5) minutes.
The crews can bring their own music to the DJ on a usb stick or let the DJ select a song.
The MCee introduces
the group
The dance style(s) and/ or the concept the crew will perform
The judges will be made aware whether the performance is improvised, a choreography piece or both, so that the jury can consider it all.
After all the Performances the Jury withdraws for its deliberations and decides from the crew rankings for the four crews who will advance into the Battles.

Efficiency factors:
A very important aspect is the fact that 2.5 compact minutes are necessary to produce a viral video. Thus, to get most clicks on the internet. Statistics show, that after 1,5 minutes most viewers turn off and if a video is longer than 2,5 minutes they would not even click on it. If we keep in mind that a crew can rehearse a 2 minute show about 20 times in an hour and a 4 minute show only 10 times (I am not bad in math, but someone needs to start the music again and reflections need to be discussed!) we realise that rehearsal time can be used more effectively.

The Target:
In today´s world we have more dancers and dance events than ever existed before. According to the website www.and8.dance whose editors research is dedicated to list all dancers, crews and events of the urban development there are more than 600 annual events worldwide. Most of them are designed as a local format and concentrate merely on one particular dance-style only.
Program:
The Battles
------------
The best 4 crews battle for first place.
The DJ chooses the music that is played for the battles.
Each battle will last 7 minutes.

1st battle: 3rd vs. 2nd in ranking
2nd battle: 4th vs. 1st in ranking
Final battle: winner of 1st battle vs. winner of 2nd battle
Each battle will last 10 minutes.

Add to Calendar
Judge(s):
The judges use numbers as representations for the crews assessment. These build a ranking in each criterion, thus if 12 crews attend, the strongest gets a 01 and the weakest gets a 12.

Each judge adds the numbers together for his personal rankings. Then these rankings are again added with the rankings of the other judges and the lowest number wins the performance contest.

(1* Since the first 5 criteria mentioned are quite known and the last one is new to most dance hermeneuts and judges , here a little explanation:
Performativity, it is to speak of the attributes that make a performance performance like. All other criteria mentioned above are known quite well in the dance world. They are used to describe and form the skill of a person. We have become increasingly aware that it is in fact through doing that being is created, sustained and transformed. Through performativity we point out the reflexivity and self generative nature of dance vocabulary which is no longer seen as essentially derived from an abstract system of rules, but as a functioning social practice used. It is not directed towards copying, or restoring, but towards the strive to enact its subject in the mode of being-for-the first-time. A person's identity is shaped by the particular role one plays. Whether or not a person´s staged identity is successful depends therefore on the extent to which the performance is credible, consistent and appropriate in the eyes of an audience. Any performance is communication based. Where dance explicitly reveals itself as self-referential (that is not verifiable with reference to a pre existence outside of dance) and world constituting. (that´s the ideal!)
J.L Austin originally defined performative language as a particular kind of language that brings into existence what it pronounces.
It is much more about the “how” it is done than the “what” is done.
If I stand in my living room and I have a couple come over for dinner and once they arrive I say: “I herewith pronounce you husband and wife”. It would lack performativity because it is not convincing. But If I decorate the house and make it a church, have a bishop come over, build an altar and have a choir sing when they come in, have candles lid all over the place, the rings ready and a bouquet to be thrown by the wife, then have the Bishop start the ceremony, then it is convincing.


Performativity should be judged by two main aspects.
the realness of the performers as being part of something they represent with their craft.
the “it” which is shown in the cleverness of the build up (to a climax). The “it” defines a surprise moment. “It” in the case of humour is what creates a temporary restructuring of experience. The “it” in the case of intelligence is a permanent restructuring, an insight or an aha! And that may be an element of wisdom.
Prize:
1000 EUR
Address:
Theatergasse 7, Gmunden, Austria
Organizer:
Bboy Event Team