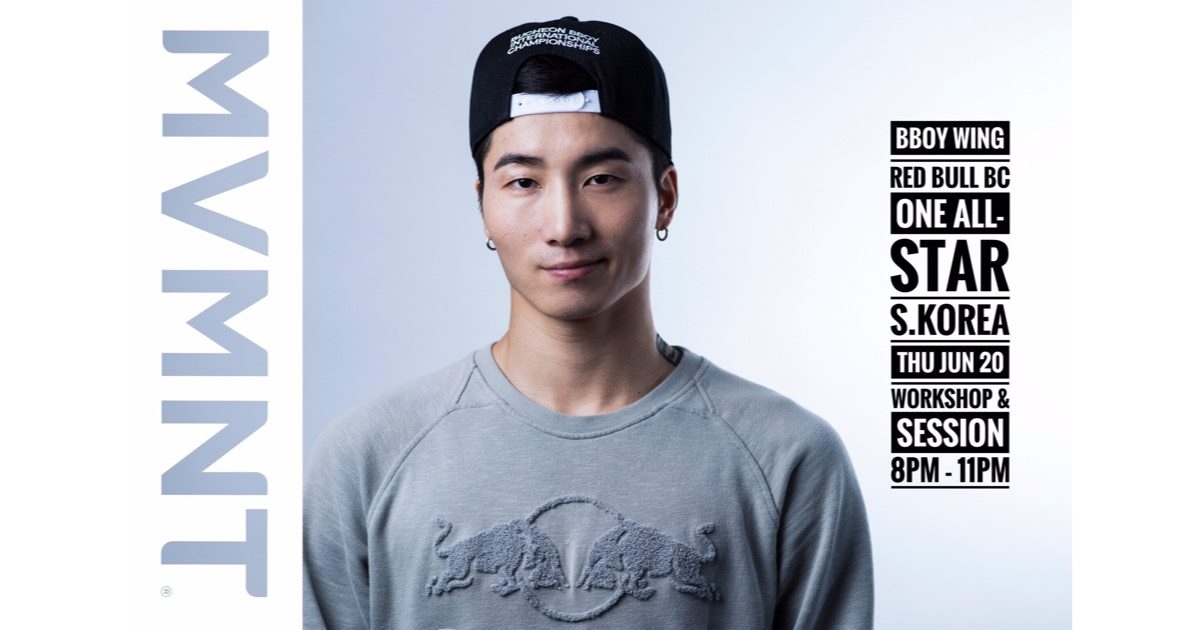 9:30PM-11PM
Open Session
music by
Ages 16+
Program:
Red Bull BC One All Star and 2008 Red Bull BC One World Champion, Wing has been dancing for nearly half of his life and will battle in his 5th world final. His older brother, Skim, is his biggest influence. He watched Skim practice and was guided step-by-step through the foundations that made him the B-Boy he is today. For him, family and crew go hand in hand. He is deeply appreciative that his family is so supportive of him and his brother's dedication to B-Boying. Wingand Skim are also members of Jinjo crew.

A well-rounded B-Boy, Wing started breaking at the young age of 12 and some of his favorite dancers were his fellow crewmembers, as well as B-Boy Vero, Hong10, K-Mel, Ronnie, Differ, Born, Cloud, Menno and Kid David. He likes to create highly detailed patterns of movement and incorporate complex combinations and flows into his dance while including all the aspects of B-Boying from footwork, to freezes to power moves. The name Wing comes from his mentors, it was inspired by the lightness of his hardcore moves. Wing lives and breathes B-Boying and wants to be a proper role model, spreading his message of mutual love and respect for each other in his country and beyond.
Date:
June 20, 2019 (16:00) - June 20, 2019 (22:00)