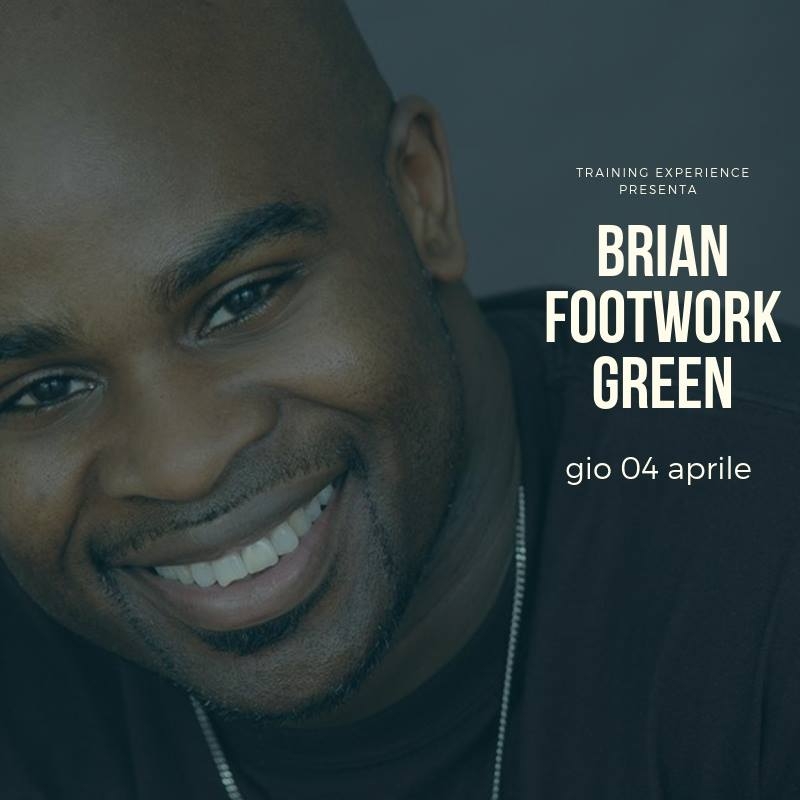 Brian Green a.k.a. "Footwork," is a choreographer, teacher, and dancer, who began dancing at seven years old. He studied Tap, Jazz, Ballet, Modern, and African from Phil Black, Alvin Ailey American Dance Theatre, and Joffrey Ballet.
In 1978-80 he started to see dances around his church he went to with his family in Harlem, his mother did hustle, salsa, and some African dances, and his older brother did bboying and electric boogie. Electric boogie was NY's innovative dance that mixed and was inspired by things from California's crazes at the time called Locking and Popping. He choose Electric boogie (popping). Wanting to learn more, he went to the NYC underground scene between 1983-84. By the end of 1984, Brian understood and was a part of the Hip-Hop/club culture.
1984-1986, he found the Freestyle/loft and Club/house culture in Roseland, 4Ds, Paradise Garage, Tunnel, and other clubs in NY. 1986, he ran into two people: Damien and Mike, who started him on his journey in Clubbing ( a.k.a. " house dance"), in 87 a man named Spanky, and a man named Story, became his full inspirations for him to be immersed into the House culture/dancing. Those 4, and so many other dance inspirations in the clubs of NY, eventually spawned a unique and very fast footwork style in Brian that have him his name around the underground scene of NY and abroad.
Brian in his career has choreographed or danced with artists like Mariah Carey, Gwen Stefanie, Fergie, MYA, Foxy Brown, Missy Eliott, Salt-N-Pepa, Busta Rhymes, Barbara Tucker, EVE, Kraze, MAW (Masters at Work), and many more. In the last ten years, his teaching has focused on the history of dances in the Funk, Hip-Hop, and House culture, which he has spread through the U.S., Europe, Asia, and Africa. In these countries he has been a judge for countless dance contests, promoting the true art, culture, and essence of these dances! He was even a judge on So You Think You Can Dance in Singapore.
He is also the reason whacking/waacking is back today and he has opened the door all generations in house music culture to get recognition worldwide.
Date:
April 04, 2019 (19:00) - April 04, 2019 (23:00)