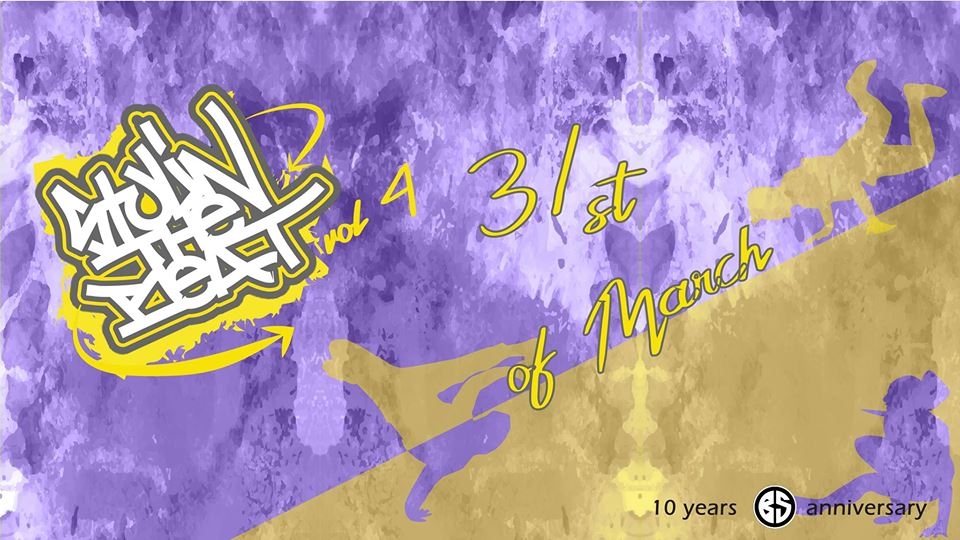 Info:
Stylin' The Beat is organized by Beat Stylerz in cooperation with Hoodgroove Management for fourth consecutive year in Patras! Competitors and judges from all around the world will be in 31st of March in Patras. A festival where all street styles meet, gives the chance to the dancers to have fun, compete and claim big money prizes!!! This year Beat Stylerz have a 10 years' anniversary, so lots of huge surprises are to be waited!


One Two Four(O.T.F.) Breaking:
It's a category in which, after preliminaries, the best 8 enter a tournament. This tournament consists of 6 rounds, of which 2 are 1vs1, 2 are 2vs2 and 2 are 4vs4. All battles, couples and quartets are randomly chosen. For every win the bboy earns a point and in the end the one who has the most points wins.

Lucky or Skilled Open-Styles:
It's a category in which, after preliminaries, the best 16 qualify. Those 16 contenders are then divided in 8 random pairs. From the classic pyramid system, we obtain a winning couple. The two winners in the end battle between each other and from this battle we have the final winner. The battles occur with the following system:
Each round is judged by the judges. The contender of the couple that loses the round exits the battle and the battle continues as 2vs1. This procedure continues until we have the winning duo.


For participation communicate with Orestis Tzaos or Stylin' The Beat or by sending an e-mail to: stylinthebeat@gmail.com